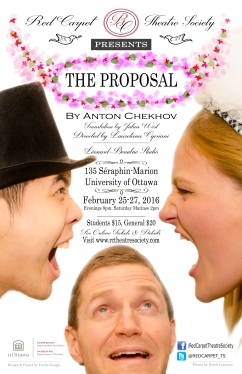 Watch Lomov and Natalya fight for love and control in this hilarious comedy about the crazy misunderstandings of identity and marriage!